Melflufen is rapidly taken up by myeloma cells due to its high lipophilicity and is immediately hydrolyzed by peptidases to release an entrapped hydrophilic alkylator payload. Peptidases play a key role in protein homeostasis and feature in cellular processes such as cell-cycle progression and programmed cell death. In vitro, melflufen is 50-fold more potent in myeloma cells than the alkylator payload itself due to the increased intracellular alkylator concentration. Melflufen displays cytotoxic activity against myeloma cell lines resistant to other treatments, including alkylators, and has also demonstrated inhibition of angiogenesis and metastatic process in preclinical studies. 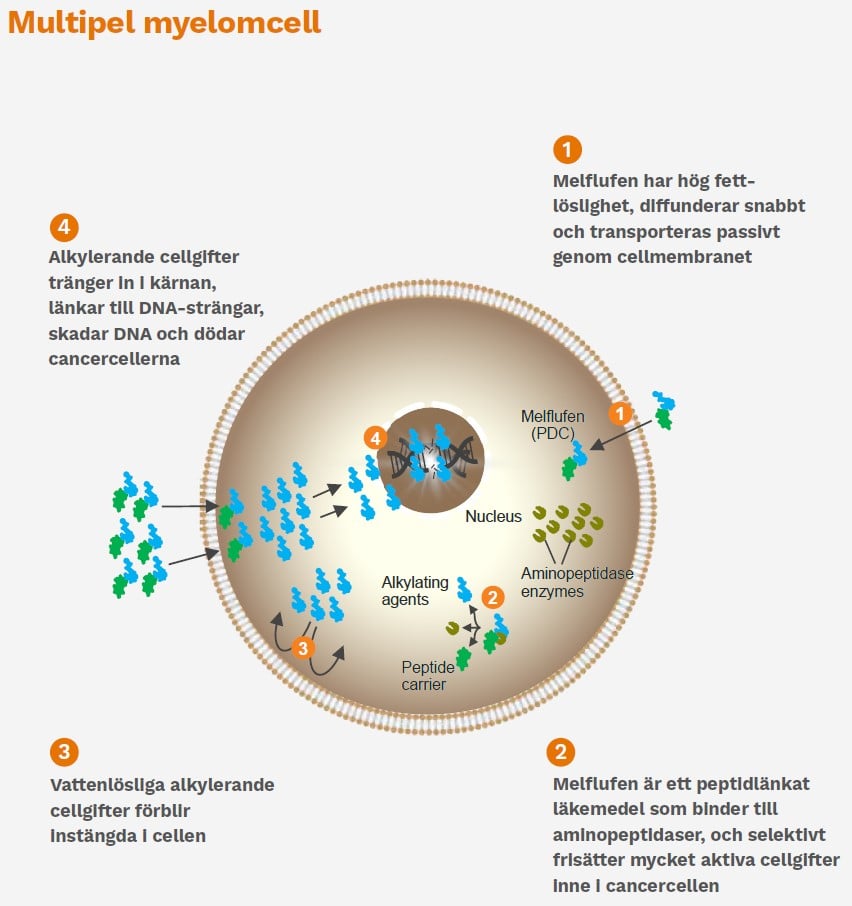