Melflufen is rapidly taken up by myeloma cells due to its high lipophilicity and is immediately hydrolyzed by peptidases to release an entrapped hydrophilic alkylator payload. Aminopeptidases are overexpressed in tumor cells and are even more pronounced in advanced cancers and tumors with a high mutational burden.

In vitro, melflufen is 50-fold more potent in myeloma cells than the alkylator payload itself due to the increased intracellular concentration. Melflufen displays cytotoxic activity against myeloma cell lines resistant to other treatments, including alkylators, and has also demonstrated inhibition of DNA repair induction and angiogenesis in preclinical studies. 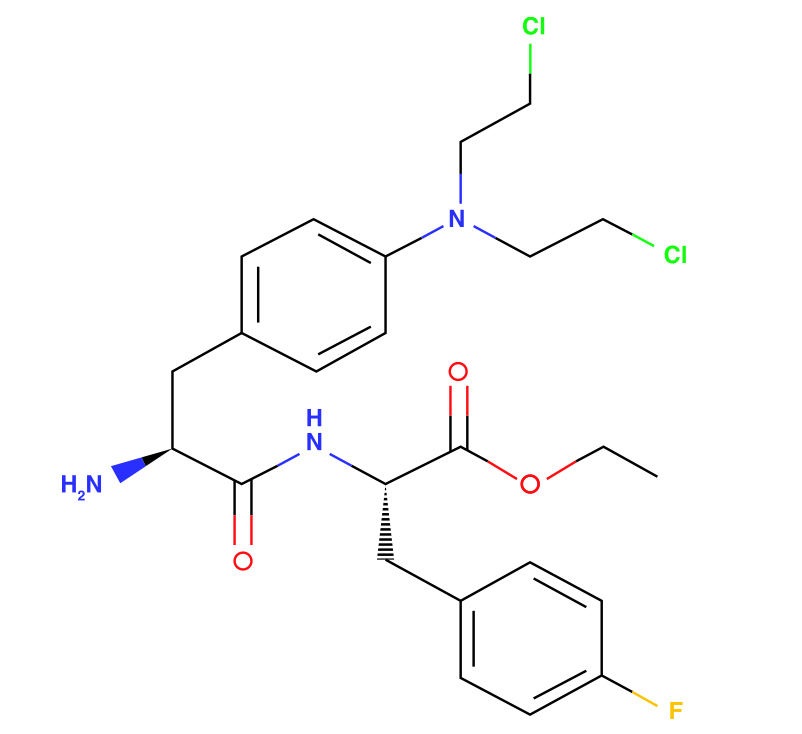 On June 23, 2022, the European Medicines Agency´s (EMA) Committee for Medicinal Products for Human Use (CHMP), has issued a positive opinion recommending a full marketing authorization approval (MAA) of Pepaxti® (melphalan flufenamide, also called melflufen) in EU. The European Commission (EC) will make a legally binding decision based on the EMA recommendation within 60 days. Once granted by EC, the marketing authorization is valid in all EU member states, as well as in the European Economic Area (EEA) countries Iceland, Lichtenstein, and Norway.

On February 26, 2021, PEPAXTO (melphalan flufenamide) in combination with dexamethasone was granted accelerated approval by the U.S. Food and Drug Administration, FDA, for the treatment of adult patients with relapsed or refractory multiple myeloma who have received at least four prior lines of therapy and whose disease is refractory to at least one proteasome inhibitor, one immunomodulatory agent, and one CD38-directed monoclonal antibody.

On October 22, 2021, the company decided to withdraw PEPAXTO from the market in the US following data from the phase 3 OCEAN study which showed an overall survival in the ITT population with a HR of 1.104.

In January 2022, Oncopeptides rescinded the voluntary withdrawal of Pepaxto in the US. Further review and analyses of the heterogeneous overall survival data from the OCEAN study, and other relevant trials, made the company confident to reconsider the voluntary withdrawal. Pepaxto is once again an approved drug in the US. Due to regulatory hurdles the product is currently not marketed in the U.S. Based on the scientific evaluation by EMA, our dialogue with the US Food and Drug Administration (FDA) has now been intensified to achieve a clear path forward also for US patients.

The FDA approval was based on the results from the pivotal phase 2 HORIZON study, in which melflufen plus dexamethasone demonstrated encouraging efficacy and a clinically manageable safety profile in heavily pretreated patients with relapsed refractory multiple myeloma, primarily hematologic adverse events and a low incidence of non-hematologic adverse events.

Multiple Myeloma is classified as a rare disease in the US and in Europe, and melflufen has been granted orphan designation by the Food and Drug Administration, FDA, and the European Medicines Agency, EMA.

On July 2022 the company decided to withdraw Pepaxti from the European Union register of orphan medicinal products.