Oncopeptides AB (publ) was formed in year 2000 by some of Sweden’s leading cancer researchers and cancer research institutions. More than 20 years later the Company is dedicated to providing patient access to its innovative alkylating drug.

The development of melflufen, stems from work originally undertaken by Dr Joachim Gullbo at Uppsala University, Sweden, on a molecule initially known as ‘J1’. Backed by funding from a leading venture capital firm, Industrifonden, and the Karolinska Institute, Oncopeptides embarked on a pre-clinical development journey.

Research collaboration in the US

Oncopeptides embarked on the phase 1/2 studies of melflufen in patients with late-stage multiple myeloma. These studies were financed by life sciences venture capital fund HealthCap, and Industrifonden together with members of the Board and Management.

Following the completion of the phase 1 of the phase 1/2 study in 2015, melflufen was granted Orphan Drug Designation in the US and EU, including extended marketing exclusivity.

Advancement of the Clinical Development Program

In 2016 the clinical research and regulatory engagement advanced. The phase 2 part of the phase 1/2 study was presented at the European Hematology Association Congress and several meetings were held with the US Food and Drug Administration (FDA) and European authorities. The design of the phase 3 study was approved by FDA through a Special Protocol Assessment process.

2022 – Making a difference for the patients 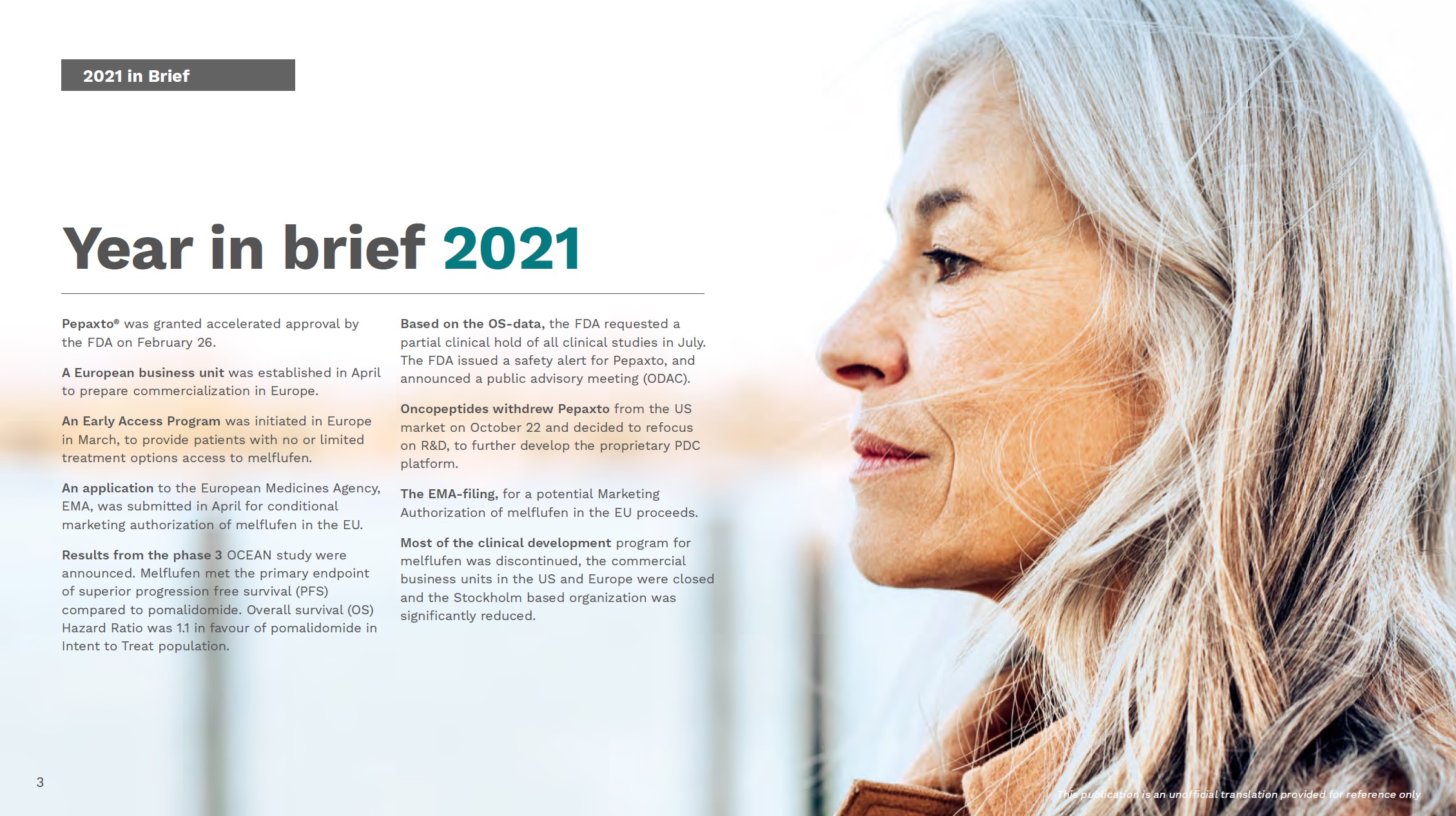 2019 – Preparing regulatory submission in the US

2010–2011 – Strengthening leadership and research collaboration in US